Optimization and enhancement of work processes and workflows are required, especially in timber house construction. The sequential numbering function, which is often used for walls in the SEMA program, has now been extended to all CAD texts and components with a material list tab.

Rather inconspicuous at first glance, this new feature opens up a wide range of possibilities for users. Consequently, wall members can now also be numbered, for example to determine the assembly sequence of the components. The assembly team on the construction site can then set up everything according to the plan using the wall members pre-numbered in the factory.

After starting the function and selecting the desired type of numbering, the components are simply clicked on one after the other. As long as the command is active, all components that have already been numbered are highlighted in colour. Users have a constant overview of the already numbered components. 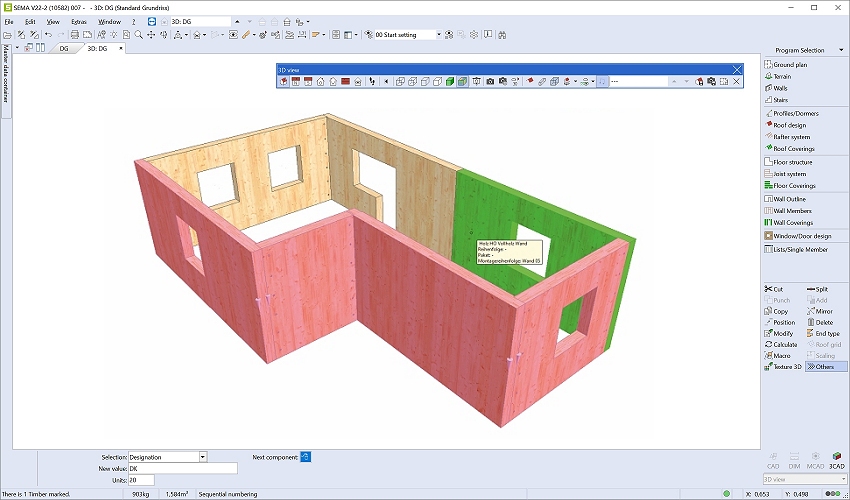 If the members in the joist system are to be combined into individual packages, users just have to click on the individual members one after the other with the Ctrl key pressed. As soon as the Ctrl key is released, the program automatically increments the number by one and the components for “Package 2” and the subsequent components can be clicked with the mouse and formed. 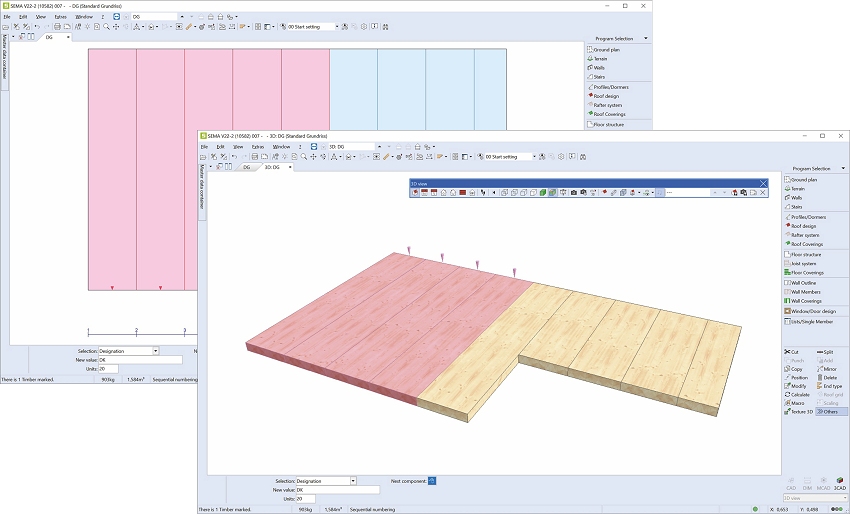 Numbering with the right mouse button pressed is also new. All components are numbered consecutively according to the marking sequence with this option. Sequential numbering is enabled in both 2D and 3D view.

This new function is available as a feature film on the Internet at:
www.sema-soft.com/22-2-sequential-numbering