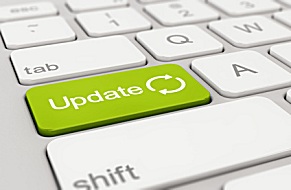 Continuous basic development of computer and software technology is a force for technical progress and economic success. In addition to permanent program maintenance, SEMA also focus on long-term basic development. Following this policy, the technology used in the field of 2D graphics has been given a new basis (OpenGL) in SEMA Version 17-1 - a measure based on several reasons and with considerable benefits for SEMA users.

As of Windows 8, the traditional 2D technology (GDI) has only been supported rudimentarily by the operating system and graphics adapters while at the same time performance has been very slow. The entire works on further development in the field of GDI were stopped.

SEMA managed to significantly enhance the acceleration of all 2D zoom functions by means of the OpenGL technology which enables fluent work-flow in the SEMA program even for large projects. Furthermore, this technology makes sure that SEMA will be able to fully pass on the benefits achieved by the rapid developments in the fields of operating systems and graphics hardware to their users.

Such basic changes in technology cannot be accomplished without any changes in the program behaviour. Needless to say, We always want to avoid undesirable effects. Sometimes, however, there is no alternative. There is, for example, the effect that the texts appear blurred or slightly milky at the borders of certain zoom sections. Currently, SEMA are working hard to fix this error.

This means that, frame borders will only be transparent on the printout and the respective drawings or texts underneath will thus be visible. It has therefore been ensured that existing plans or plan templates from previous versions can be used without adjustments. Independent of this option, frame borders will remain non-transparent on the screen.

We are convinced that SEMA have taken an important and necessary step for a successful future by using this technology.